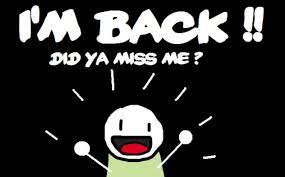 I just can’t believe how much time has gone by since I posted!  I thought I would give you a quick update as to the happenings here.

Well, the last thing I saw I posted was back in 2019 but I was adding items as I could.   But as you know in 2020 the world changed drastically.  I was making masks nonstop from April until December.  I actually had to tell people I couldn’t because I had Christmas gifts I needed to do.

So then 2021 came and I was back at it and even learning new things alongside making masks yet again.  Then on August 28th of 2021, our house burned down.  Life really changed at that point.  We spent the next six weeks in a motel and I was not wanting to do anything even though I knew I probably should stay out of my head.  Then in the middle of October, we moved into our new place.  It’s different and still a change but believe it or not, we are happier here.  I’m still trying to get things situated but it’s been some bit of a struggle as I got sick in January with the flu, followed by a bad ear infection.  Still fighting fluid in my ear but I know I’m in good hands with my doctor.

So I’m just asking now to please bear with me as I get things back up to where they need to be or even back to where it was before.

Have a crafty day!